In the ’80s, Post-Punk Filled New York Clubs. Their Videos Captured It. 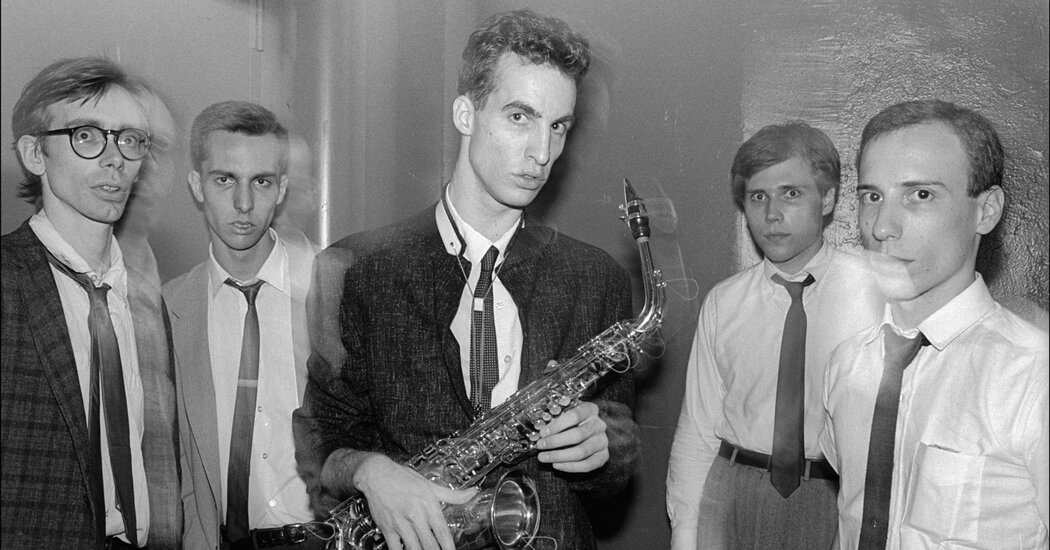 In the summer of 1975, Pat Ivers filmed a legendary festival of unsigned rock bands at the CBGB, including Talking Heads, Blondie and Ramones. Ivers had unauthorized but easy access to equipment thanks to her work in the public access division at Manhattan Cable TV, and other members of her video collective, Metropolis Video, helped.

“I was the only girl,” Ivers said in a recent interview. “And all the boys were like, ‘You’re crazy. We don’t make any money with it. ‘ They wouldn’t do it anymore, so I pouted at the bottom of the bar at CBGB for about a year. Then I met Emily. “

Emily Armstrong was a sociology student at the City University of New York who had also accepted a position in public access with Manhattan Cable, sharing with Iver’s determination and punk rock penchant. The couple shot dozens of concerts and hosted a weekly cable show, “Nightclubbing,” which showed their videos. The bulky Ikegami camera they used was “like a Buick on my shoulder,” said Ivers. They shot bands until almost sunrise, rushed back to the Manhattan Cable offices and brought the gear back before anyone noticed it was gone.

Sean Corcoran, curator of prints and photographs at the Museum of the City of New York, graduated from college in 1996 and was in kindergarten when Ivers and Armstrong were putting their archives together. But he is fascinated by the heyday of new music, which took place in New York from the late 1970s. When a colleague proposed an exhibition to mark the 40th anniversary of MTV’s arrival on August 1, 1981, Corcoran took the opportunity to build a showcase for the music that followed in 1975 after the near bankruptcy of New York City and the subsequent economic hardship AIDS arose and crack epidemics.

When Corcoran began curating New York, New Music: 1980-1986, which comes out Friday, he knew most of the photographers who documented the era, including Janette Beckman, Laura Levine, and Blondie’s avid guitarist Chris Stein. While browsing the extensive Downtown Collection of NYU’s Fales Library, he saw a listing of the Ivers and Armstrong archives the library had acquired in 2010 and was delighted. Material from this duo as well as footage by Merrill Aldighieri and the team of Charles Libin and Paul Cameron provided Corcoran with an extensive, but rarely seen video catalog.

“New York, New Music” records a variety of genres including rap, jazz, salsa, and dance music, but the videos in the exhibit emphasize post-punk, the gnarled, joyously uncommercial cousin of the new wave who happens to have a moment. (An inevitable Apple ad campaign uses Delta 5’s spiky 1979 song “Mind Your Own Business,” which was considered so uncommercial that it wasn’t even released as a single in the US.) The sound of that era, Corcoran said : “Never gets the attention that disco and punk get.”

Thanks to the advent of portable (albeit Buick-sized) video cameras, these five dogged videographers documented this fertile music, which was politically progressive and races and genders involved. All of them were DIY self-starters, flush with Moxie, who made the most of borrowed equipment and Gothic lighting. Aldighieri even used videotapes retrieved from dumpsters outside the Time & Life Building. That dingy pants-of-pants aesthetic was the predominant language of music video until MTV spread across the country, turning videos into shiny advertisements for fame.

Like Ivers and Armstrong, Libin and Cameron rushed into the scene. The couple met as film students at SUNY Purchase, who had bonded through their love for Wim Wenders and Martin Scorsese. In 1979 they drove to the Hurray nightclub on 62nd Street in Manhattan and made a 16mm film for a colorful new band from Georgia, the B-52’s, playing a nervous surf rock song called “Rock Lobster”. They processed it with university equipment and then showed it to Hurray by projecting it onto a white bed sheet. Music videos were still a new idea, and “people got ballistic,” said Cameron.

The director of their film department went through for various reasons and expelled the duo for using equipment without permission. Free of academic distractions, they moved to New York, worked as a bartender at Hurray, and shot dozens of the best bands of the era; they contributed videos of the rugged funk bands Defunkt and James White and the Blacks to the museum show. After a few years, her video work led to thriving careers as cameramen, leaving no time for late nights in the clubs.

Filming this scene was stressful and sometimes risky. While working at Danceteria, an unlicensed club near Penn Station, Ivers and Armstrong were arrested along with other employees; they had also stolen a significant part of their archives. “It made us bitter,” said Ivers. In April 1980, after filming Public Image Ltd. “Nightclubbing”.

“The scene we loved was over. There was a new scene. I didn’t like Duran Duran, ”added Armstrong. More than a dozen of their videos, including recordings from punk bands The Dead Boys and The Cramps, and the Louche, Lounge Lizards’ chaotic jazz rock, are shown at the Museum of the City of New York Show.

Aldighieri, a fearless graduate of the Massachusetts College of Art and Design who had worked as a news camerawoman and animator for Sesame Street, was hired by Hurray to play video between sets and used the house camera to make bands. She filmed more than 100 different bands there, some more than once: “I was there five to seven days a week,” she says. But in May 1981, Hurray shut down, and a subsequent night robbery terrified her into retirement from the nightclub. Aldighieri created a short-lived series of VHS video compilations for Sony Home Video, worked in production and post-production, and then moved to France. Curator Corcoran used four clips from her archive, including jazz avant-garde Sun Ra and South Bronx sister group ESG, who played minimalist funk.

The five filmmakers’ footage forms “the core of the video content” in “New York, New Music: 1980-1986,” Corcoran said. It’s just a lucky coincidence that the show comes at a time when post-punk music is finally in the spotlight.

The vicious British band Gang of Four released a boxing set in March; Beth B’s documentary on the no-wave warrior Lydia Lunch opens in New York this month; and Delta 5, which can be heard constantly in this Apple commercial, has been cited as an influence by emerging corporations in the UK (Shopping), Boston (Guerrilla Toss) and Los Angeles (Automatic).

“Always surprised that there is still resonance after 40 years,” said Ros Allen, who played bass in Delta 5 and is now an animator and senior lecturer at the University of Sunderland in England, in an email. “’Mind Your Own Business’ has a catchy beat and bass lines and a crashing guitar break, and then there’s the ‘Go’ [expletive] even ‘texts. “

Gang of Four drummer Hugo Burnham, who is now an assistant professor of experiential learning at Endicott College in Massachusetts, said in an email, “This post-punk / pre-new romantic era became so much interesting and sustainable music made. “He added,” And maybe our own children are generous enough to like and bring us back to relevance. “

In the course of the 1980s, Corcoran said, New York had transformed from an unregulated, artist-friendly city to a strictly controlled, stockbroker-friendly city, which was the end of the era. Much of the footage he chooses has been rarely seen, and other important video documents of the era are frustratingly difficult or impossible to find.

Chris Strouth, a composer and filmmaker, spent years searching for the videotapes of M-80, a groundbreaking two-day music marathon from 1979 that was staged in Minneapolis. After he finally found it, he “spent four or five years,” he said, turning it into a full-length documentary. At the last minute, the singer withdrew permission from an obscure local band he did not want to name to use their footage, which Strouth described as “heartbreaking”.

Some filmmakers did not receive signed releases from the bands, which limits their commercial use. Some have received publications that have disappeared or did not anticipate the rise of digital media. In lieu of a contract, videos cannot be licensed without facing a bunch of opportunistic lawyers and moody band members. “It’s hell,” said Strouth with a hurt laugh. “Music licenses are hell.”

But it wasn’t always like that. Ivers was able to film almost every act of the late ’70s with the exception of Patti Smith and Television, which refused permission. Thanks to Ivers and others, an obscure era of music has been thoroughly memorialized. “The shows we saw – my god,” she said. “It was lightning in a bottle. It would only happen once. “ 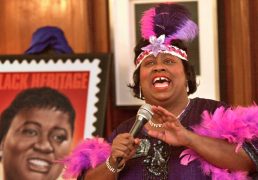 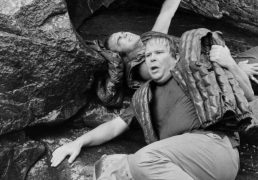 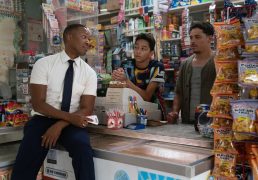